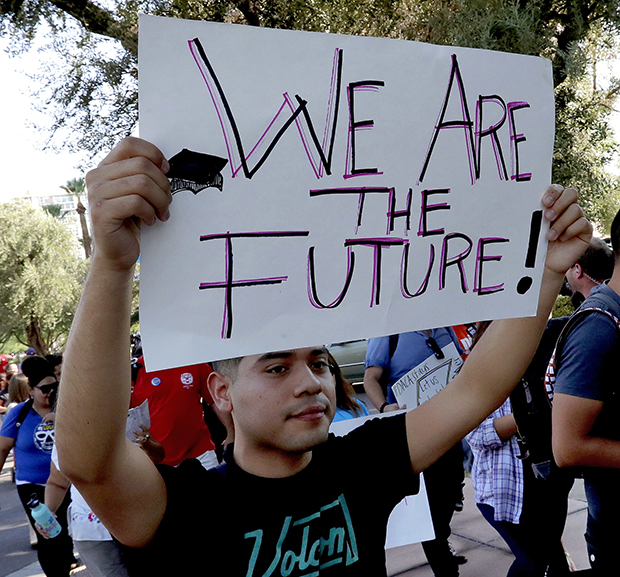 Do The Right Thing For DACA

Judge Andrew Hannen out of the Southern District of Texas ruled that the DACA program was unlawful. Because of this ruling, there was an immediate halt to the processing of an estimated 55,000 DACA applications. There is optimism that there is a legal path forward for DACA and that this ruling will be challenged by the Biden administration in the U.S. Supreme Court. It is more clear than ever that it is time for Congress to step in and resolve this matter once and for all.

DACA was an Obama administration program that was created through executive order. This program offers work permits in two-year increments for undocumented people or Dreamers who were brought to the United States at a young age. This program was considered a success by many measures. Over 1.8 million people are eligible for the program and 650,000 people currently hold DACA status. DACA recipients were able to receive work permits, social security cards, driver’s licenses and state IDs. In some cases, recipients were also able to be eligible for in-state tuition.

“The plight of immigrants hits home for me. I am the son of an Iranian immigrant who became a naturalized U.S. citizen. It’s one of the reasons I have spent most of my professional career as an attorney, helping immigrants achieve the American dream. I currently chair the growing Immigration Department at Rose Law Group in Scottsdale.” - Attorney Darius Amiri

It is important for everyone to know and understand that DACA is not an incentive for illegal immigration. There are strict cutoff dates, mandatory fees and strict standards. This program requires renewal every two years, which means DACA recipients must continue to pay into the program and be law-abiding or they will risk losing their status.

“Rather than going it alone, Democrats and Republicans must find common ground and enshrine protection for Dreamers into legislation, rather than relying on executive order. In doing so, Congress can show Americans that they can act as humanitarians rather than strategists, cast division aside, and do the right thing. Our Dreamers are counting on it!” - Attorney Darius Amiri

This Story Has Been Mentioned On:

Arizona Capitol Times - Congress – do the right thing for DACA

Thank you! Your submission has been received!
Oops! Something went wrong while submitting the form.
© 2022 Rose Law Group, pc. All rights reserved. |
Designed by: